If you ask Tiffany Young, the best beginnings start with a bob.

The first time she cut her hair short was in 2007, just on the cusp of her debut with beloved Korean girl group Girls’ Generation. In a process she compares to America’s Next Top Model, 17-year-old Young left the decision-making for her dramatic hair transformation to professionals at SM Entertainment, the agency the group is signed to.

If you recall in the makeover episode of the reality show, which is arguably the best one of any season, Tyra Banks announces her vision for each contestant’s new high-fashion look. Once Tyra declares who’s getting an unexpected buzz cut, a colorful dye job, or dramatic highlights, the models really don’t have a say in the matter. (Cue the impassioned crying scenes.) The same went down for all eight members of Girls’ Generation. 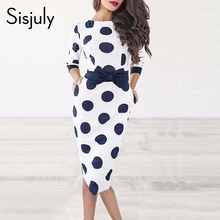 “We were all getting concepts and images that would make us more recognizable because we were such a big family,” she recalls during a recent visit to the Allureoffice. SM wanted to give her an image — an identity. Enter: a layered bob with side-swept bangs.

At the time, short hair wasn’t popular in the Korean-girl-group world, so Young was admittedly scared. But she practiced the law of attraction and remembers saying to herself, “Hey, if it’s going to get people to listen to my music, OK.” The universe must have been listening because Girls’ Generation went on to cement itself as an iconic group in K-pop history. For a couple of years, Young’s adorable bob became her signature look before she grew it out into nearly waist-length waves. “During the past eight years, I got to live out my hair-flipping dreams,” she jokes.

Fast forward to September 2018, when Young, now 29, debuted a fresh jaw-grazing haircut in the music video for her single, “Teach You.” A month later, she walked the red carpet at the American Music Awards — the first woman in K-popto do so.

This time, however, the haircut was voluntary: Young had planned out her hair’s length and color on her own volition, and feels “very, very happy about it.” (Don’t worry, she’s not resentful toward her first bob. In fact, she recently realized how powerful the experience was, and now calls it one of the best things ever to have happened to her.)

I made sure I looked, sounded, and felt a certain way I wanted to see myself at this age.

After deciding to focus on her solo projects and moving back to her home state of California, Young was ready to let go and try something new. “I made sure I looked, sounded, and felt a certain way I wanted to see myself at this age,” she explains. “I think growing up and walking into the American music industry and the entertainment industry as a woman was something very, very important to me, and changing my image and cutting my hair was the fastest, easiest, most painless way to do it.”

Although her new solo songs, “Teach You” and “Over My Skin.” are in English, the essence of K-pop is still threaded through Young’s music. The fact that part of the reason she cut off her hair was to fit the concept of her newest song, “Teach You,” proves it. Because it’s about heartbreak, “you would do something crazy dramatic and want to change things about you,” she says. “[My haircut] kind of explains the song without having to even sing or anything.”

Makeup as a Form of Representation

If you look closely at Young’s makeup — especially in “Teach You” — you’ll notice it’s true to her roots, too. Her blotted lips, luminous skin, peachy rose shadow, and delicate winged liner are not only quintessential to her look, but are also intentionally reflective of Korean makeup trends and techniques. All of it, she says, is about using makeup as a means of amplifying what you have. 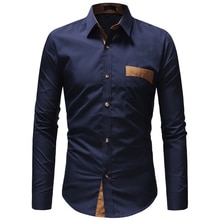 I mean sheet masks are a great way to introduce it… but there is much more to K-beauty.

Young hopes that her makeup can be a means of representing the Korean beauty aesthetic in the U.S. “I mean sheet masks are a great way to introduce it because I use them every single day, too, but there is much more to K-beauty,” she tells me. “I’m so happy I could talk about it.”

In a video we shot about the secret life of a K-pop artist, Young even shared one of her go-to Korean makeup techniques: Heating up the same sticks used for my favorite Korean food, tteokbokki (떡볶이), which are spicy rice cakes, to help lashes hold a curl.

Saying Goodbye to Weekly Visits to the Skin-Care Clinic

Since moving back to California, Young laments she’s had to adjust to not going to a skin-care clinic in Seoul every week. I had my suspicions that this was a thing among K-pop stars. One mentioned to me off the record once that their skin-care routine can be painful at times. When weekly extractions and laser treatments are involved, maintaining the enviable glass skin of a K-pop star can definitelyuncomfortable. Young also reveals that they got weekly facials, peels, and LED light therapy.

Transitioning to caring for her skin on her own turned out to be a tough task. “When I first came back, the temperature, the climate, and the water definitely changed what my skin looked like,” Young recalls. When she started to break out, even her parents weren’t used to seeing her skin in this state. “I was just like, ‘I’m human,'” she says. “It’s all coming out. I’m not pushing it down or making somebody pick at it. [Acne] is normal. There’s nothing wrong with it.” Preach.

From this, Young realized that paying attention to her lifestyle and being more aware of her body was key to getting her skin back on track. Once she started getting more sleep, eating better, and ramping up her exfoliation routine (more on that in a bit), her skin started to clear up.

Overall, Young has come to realize skin care isn’t about having “good” or “bad” skin. “It’s knowing [your skin],” she says. “It’s how much are you really getting into it. Don’t take it as a chore or be upset or lazy because it’s what you make it. I truly believe it’s all the time and care you invest in your face. The more you look into it, there will always be a solution, whether it’s products or from doctors because they are experts.”

The Key to Her Glowing Skin Is Exfoliation

As Young learns how to take care of her skin on her own, she’s come to rely on her favorite Korean skin-care products and techniques. After double cleansing, which Young considers a must, she takes exfoliating more seriously than anyone I’ve ever met. Instead of using the same product once a week, she cycles through about four in a month. Luckily, she shared some of her favorites with Allure.

On days when she’s feeling particularly dry, she’ll reach for the splurge-worthy La Mer Replenishing Oil Exfoliator, which is a Miracle Broth-spiked gentle scrub flecked with sugar crystals and sea salt. Alternatively, the Amorepacific Treatment Enzyme Peel is another option she’s sworn by for the past five years. However, it’s not like a typical at-home peel. In reality, the Treatment Enzyme Peel is a gentle exfoliating powder that you mix with water to smooth and skin. “It reallybrightens,” Young explains.

For chemical exfoliation, Young loves the enzyme-infused O.R.G. Skincare Mineral Peel Face for its gross-yet-satisfying results. “You can use it every other day,” she says. “You just spray it on, and you can see it all the dead skin come off.”

And when she wants to go all out before an event, Young slathers her face in a special deep-cleansing gel that she got from the skin-care clinic she frequented. “You put it on, and it starts to sweat,” she explains. “It feels like you’re sweating. Then, you add a little water and the surface just becomes completely clean. After, you put a face mask on it, and the next day, you’re ready to shine.” I’ve never heard of a cleansing gel that makes you feel like you’re sweating, but now I needto go to Korea to pick it up.

Opening Up to Experimentation — and Happiness

Without a doubt, Young is more experimental with beauty than ever in this new stage of her career. Before we sat down for the interview, Young excitedly showed me selfies of her looks from a recent Paper digital cover shoot. She slicked back her hair and swiped on bold eye shadows in seafoam green, sky blue, and magenta for the occasion. “I’m going further, and it’s so much fun,” she tells me while I interview her. “You do that when you’re happy and know yourself.”

Beauty, in general, is helping Young realize just how happy she is with where she’s at with her life right now: “Being happy isn’t, like, ‘Oh, I’m perfect.’ It’s like I accept who I am,” she explains to me with her trademark eye smile — the kind of expression that makes you believe you’ve known her for years just minutes after meeting her and simultaneously remember and forget she’s one of the most famous artists in K-pop. “I accept all the positive things about me, and I’m focusing on that. [Before,] I would never slick back my hair like that. I would never put green eye shadow on. I’d be so afraid, but now, I’m definitely open, and my hair says all that, too.”

Cardi B Brushed Her Hair With a Plastic Fork, and She’s Not Mad About It