UPDATE (November 7, 2018): It’s been over two months since Kylie Jennertweeted, “I’m so excited to let you guys know that @KylieCosmetics will be coming to all @ultabeauty stores around the country this holiday!… More to come…” And finally, more has come. Jenner posted several video clips on her personal Instagram Story on Wednesday, revealing details about when Kylie Cosmetics will be arriving at Ulta and which products will be available. 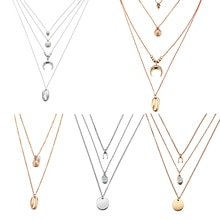 “Alright, guys, I’m very excited to finally announce that Kylie Cosmetics will be in every single Ulta store on the 17th of this month,” Jenner said, sporting a pair of Prada glasses. Just in case you forgot what month it is, Jenner means November 17. But not every product will be available that Wednesday.

“So I’m going to be starting off with just my best Lip Kits first,” Jenner explains. “And then, I’m going to be expanding and adding a lot more things super fast — so, palettes and all that good stuff.”

Unsurprisingly, Instagram beauty beacon TrendMood has already posted a sneak peek at one of the Ulta displays, writing in the caption, “The #Display …All lined up 💄💄💄 It’s Official 🚨 NOVEMBER 17TH !!! @kyliecosmetics is coming to @ultabeauty all stores and online!!!!! Looks like we are going to see first their best selling #LipKits.”

Black Friday isn’t until two days after Kylie Cosmetics arrives at Ulta, but we wouldn’t be surprised to see lines around the block that Wednesday.

This story originally appeared on August 30, 2018:

Ladies and gentlemen, the moment you’ve all been waiting for is officially here: Kylie Jenner’s iconic makeup brand, Kylie Cosmetics, is coming to Ulta just in time for the holiday shopping season.

Jenner took to Twitter on Thursday to announce the news, which has makeup lovers everywhere virtually jumping up and down in excitement. “I’m so excited to let you guys know that @KylieCosmetics will be coming to all @ultabeautystores around the country this holiday!… More to come…,” she wrote in a tweet that garnered nearly 20,000 likes in under an hour. Ulta confirmed the news on its own Instagram account as well, writing, “It’s true! We’re excited to confirm @kyliecosmetics will exclusively be coming to all Ulta Beauty locations and online this holiday season. Stay tuned for details!”

Understandably, beauty fans are freaking out in the comments section of the original post. “i slipped on the wood floors as i ran to my mom to tell her that kylie cosmetics was coming to ulta. im excited,” shared one user. “Take my money now, thanks,” wrote another. Yet another commenter spilled some hilariously real tea on the reality of the new collab. “Kylie just made her last $100 million from this tweet,” they wrote, referring to the recent Forbes estimation that Kylie Jenner is only $100 million away from being the youngest self-made billionaire ever. 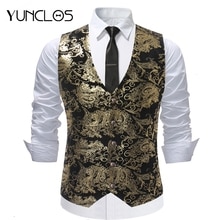 Considering that Kylie Cosmetics is estimated to be worth a whopping $800 million after less than two years in existence, it’s no wonder that Ulta opted to team up with Kylie Jenner to make the brand’s products more accessible than ever. It’s the first time Kylie Cosmetics will be available anywhere IRL (aside from her own rare popup shops). Her coveted lip kits, eye shadow palettes, blushes, highlighters, et cetera are currently only available on kyliecosmetics.com, and as anyone who remembers the product sell-outs and site crashes of Kylie Cosmetics’ early days (#tbt to sitting at your computer with your clicking fingers ready every time a new lip kit dropped), it’s clear that this news is a really big deal.

Cardi B Brushed Her Hair With a Plastic Fork, and She’s Not Mad About It